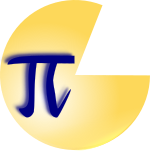 I Don't Know Where to Start

The middle ground is the fata morgana of problem solving. In fact, the student will learn only from the problems that are, at some given time, difficult to solve. It is not a tedious process if we know how to handle it! Here is my preferred approach:

For example, in the statement “how many four-digit numbers have all even digits and are divisible by 24” we ask the following questions:

During this discussion, we want the student to write down the work. We make suggestions about how the writing could be improved: start at the top of the page, write cleaner, put the numbers in increasing order so they can be counted easier, think before writing, write smaller/larger, etc. We are picky about the form and ask the student to re-do the work in a clearer manner if needed. Do not erase - just cross out mistakes!

This is how we teach problem solving, not by simply putting a worksheet in front of a student and telling them to do it! The “happy medium” cannot be found in that way! Even if the magically adaptive worksheet existed - and I have no doubt that it can be designed - it would not help. The goal should not be to adapt the worksheet to the student, but rather to help the student adapt to the question asked.

I think we have a clear answer now to our initial question “how do I start work on this problem?” The student has to start by sorting out which parts of the statement he does understand. It is impossible for the student to not understand any word of it. Slowly, by researching and learning the meaning of the other words, the question asked starts to become clearer and, eventually, steps toward a solution will emerge from this information.

The process of coaching I explained above may seem like protracted and difficult. And it is at first. But, once proper study habits are internalized, it becomes much easier. By using such a method, we are teaching the student how to teach himself, how to pull apart the information into facts he does know and facts he does not know, how to research the facts he does not know, understand them deeply and use them. The coach will not need to go through this process for months and years, throughout the student’s entire evolution. The student will learn how to learn and will become much more able to apply these techniques independently. We, as coaches, have stopped giving him a fish every day and have taught him how to fish for himself.